Chinyere Nwodim is a 2017 PEN USA Emerging Voices fellow. "Natural Red" is an unusual human story. Observations about life and death made from afar and up close. Immediately engaged and surprised, I felt the finality of the journey by story's end. I kept asking myself, "where is this going?" "where is she going?" I couldn't stop reading until the answer became clear. Wow! I still think about the story at odd times, which is my own "amazing" story indicator. :)

My first communication with Chinyere was while I was in residence at Dorland. I was immediately struck by Chinyere being an old soul, someone who carefully considers what she says and does, and is fully committed to her craft. Grateful to Rachelle Yousuf of PEN USA for recommending Chinyere, because her spirit and positivity have brought a special energy to the team.

She is concluding an amazing, whirlwind year with PEN USA's program (apply if you are an emerging writer!) and has received mentoring, lessons in publishing, and an opportunity to have her work highlighted. I'm grateful Chinyere is lending us her voice and her story this Tuesday evening. She is certainly one of the up and coming voices you'll be glad to hear before she is too hard to catch! 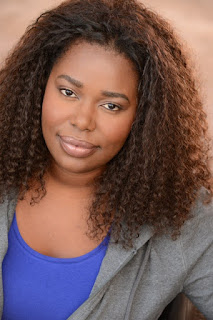 Chinyere was raised in Baltimore, Maryland, and attended Johns Hopkins University where she received a bachelor’s degree in biology and history of science. Her work has been published in Your Impossible Voice and she is a 2017 PEN Center USA Emerging Voices Fellow.  Chinyere currently lives in Los Angeles and is working on a collection of short stories.

Reception at 6 pm; Program starts at 6:30 pm in the Marion Davies Guest House. RSVP via Eventbrite.