A Storm, A Sword Fight, A Song, and More!

This first week of performances at the Annenberg Community Beach House has been quite an adventure for the Rogues.  The audiences at Annenberg have been super supportive and amazing!  HYPERBOLE:bard is constantly in development while we're in residence at the Beach House; we're tweaking designs, jokes, stories and music and really making the show shine.  The evolution of a creative endeavor like theater is never ending, as we always want to improve, refine and really pack a punch in each show.

So if you missed HYPERBOLE:bard this week - no need to fret!  You'll be seeing an even BETTER version of the show next week!  And if you came this week - thank you!  If you enjoyed the show, think about coming back (and bringing a few friends) and seeing how the show has changed in just a week of work (on the beach!).

A special thank you to all our audiences this week.  Because, boy, were there some crazy things happening!

First there was this weird makeshift band that invaded the stage: 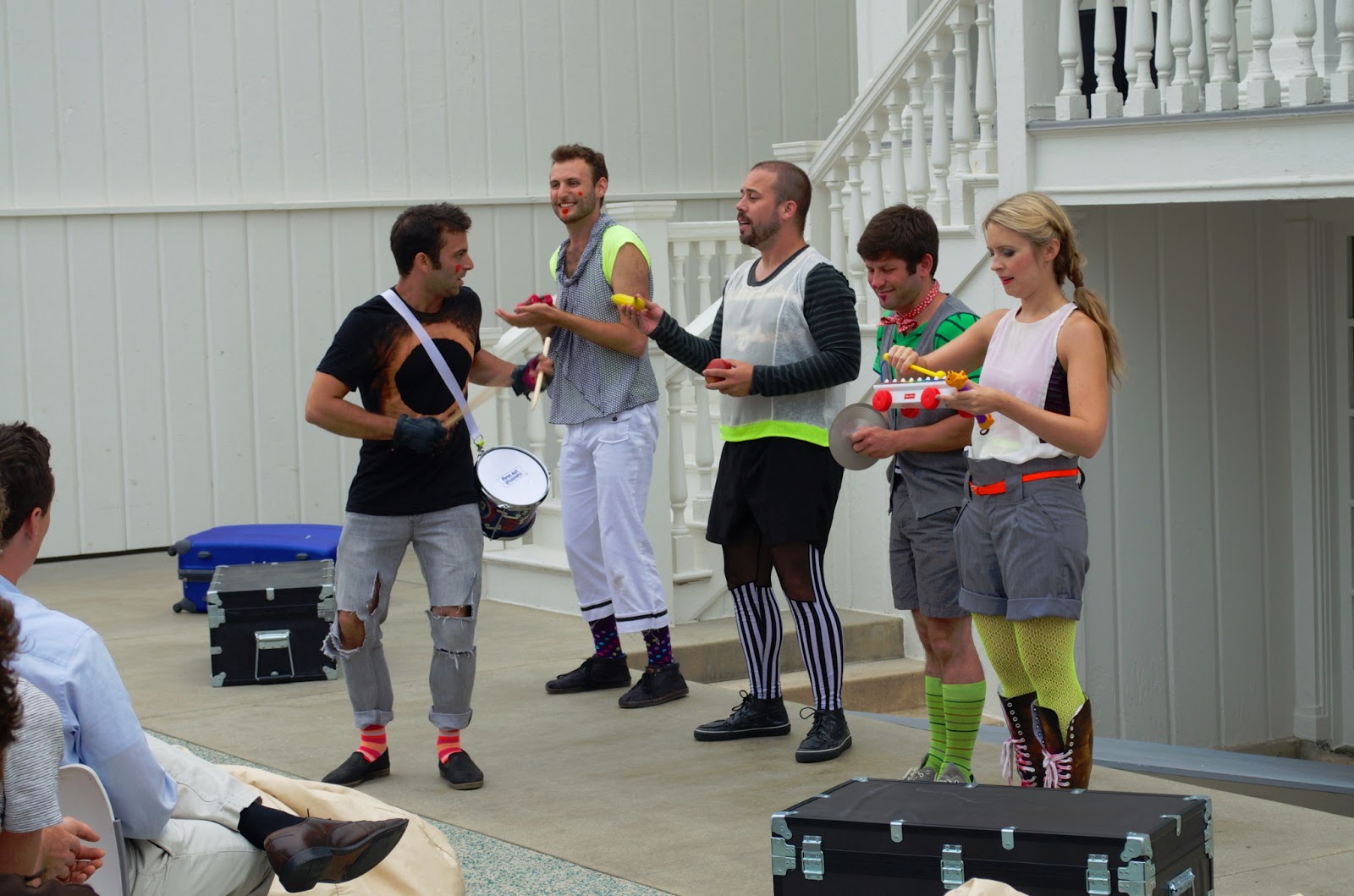 And then this flower started to sing, and, if we're going to be honest, we all got a bit teary eyed: 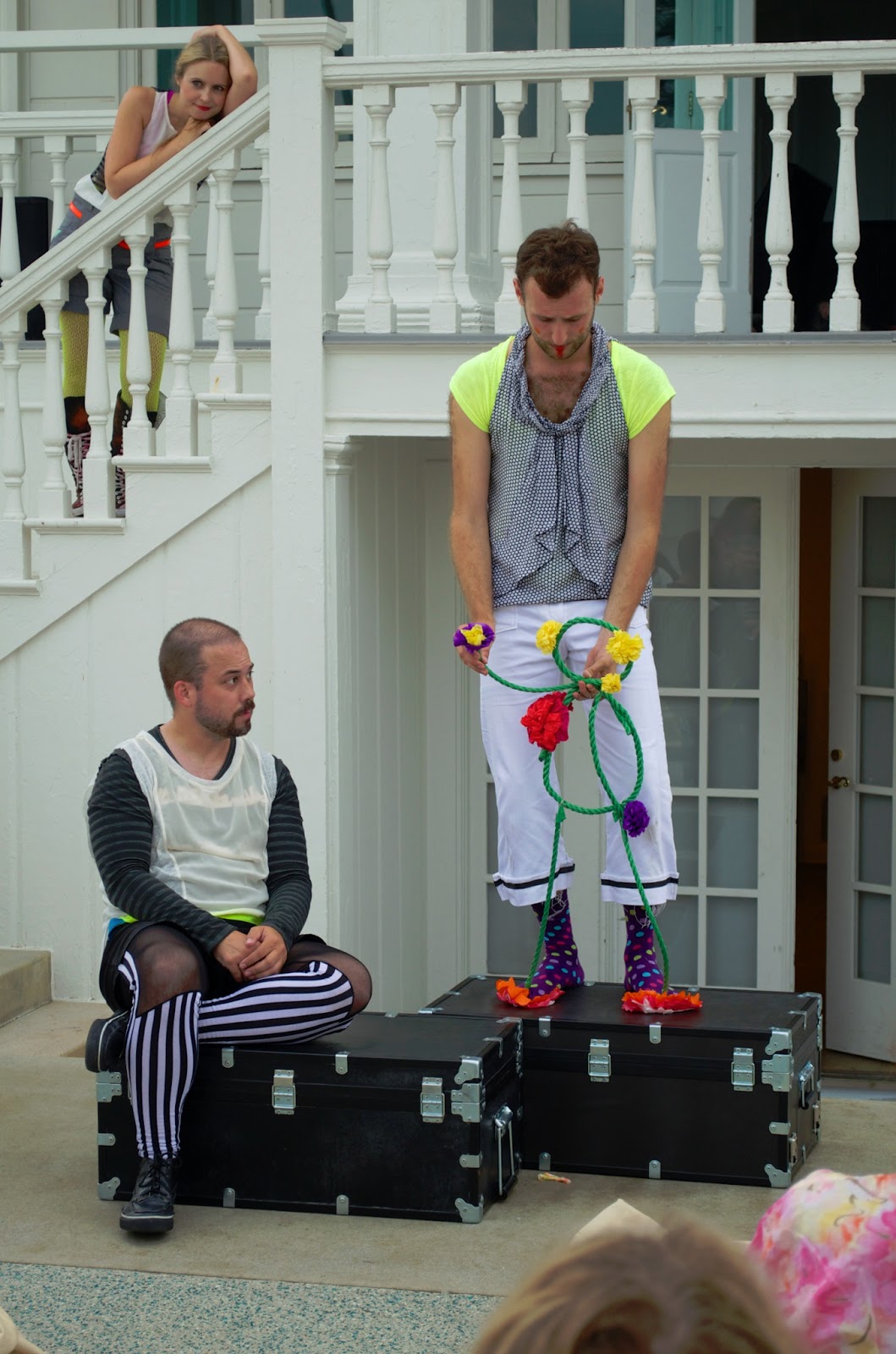 And then these witches appeared out of nowhere and interrupted the show by bringing some of the audience on stage: 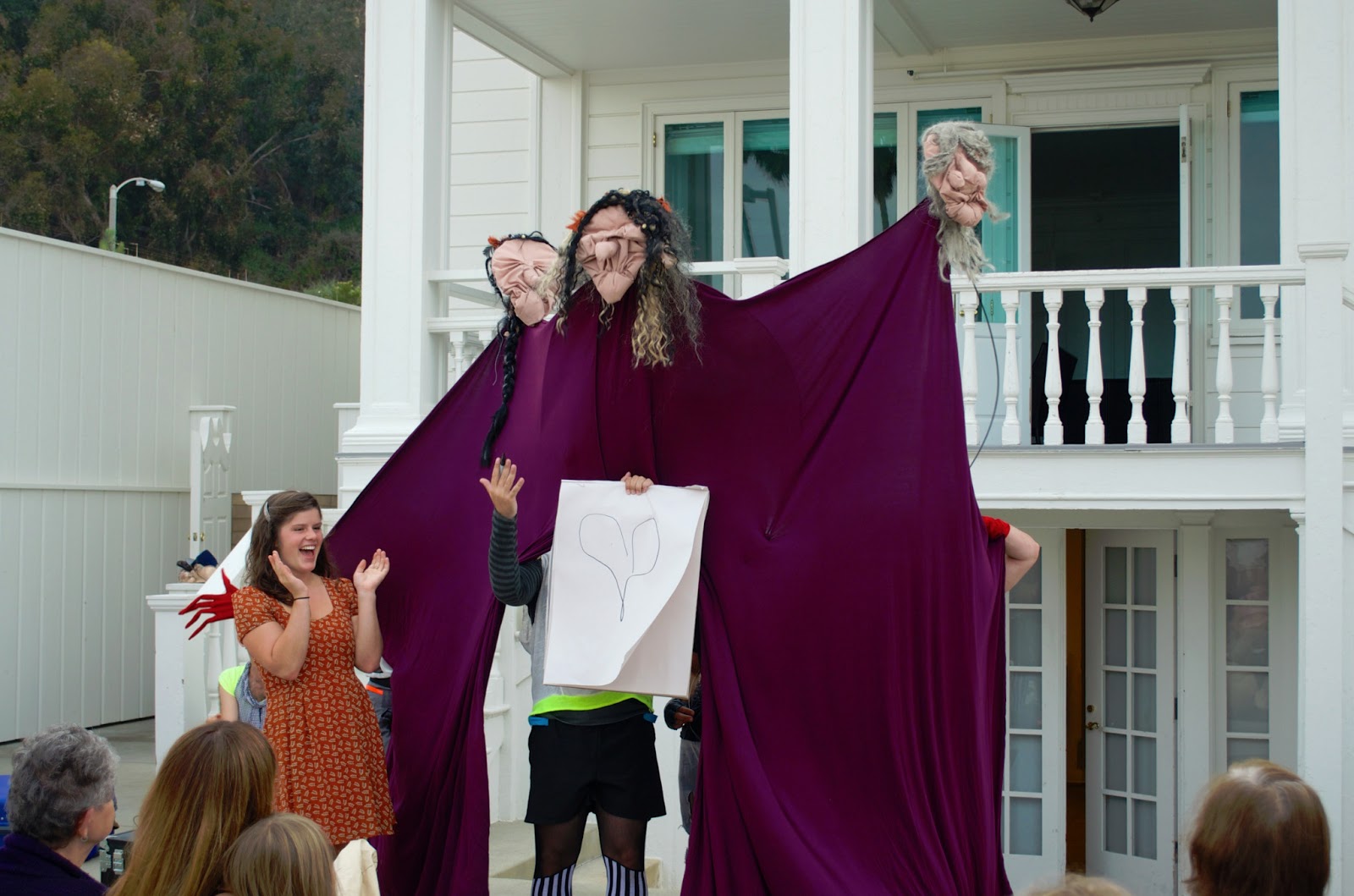 Which, of course, made a sword fight break out...because this is Shakespeare and that's just how Ol' Shakes rolls: 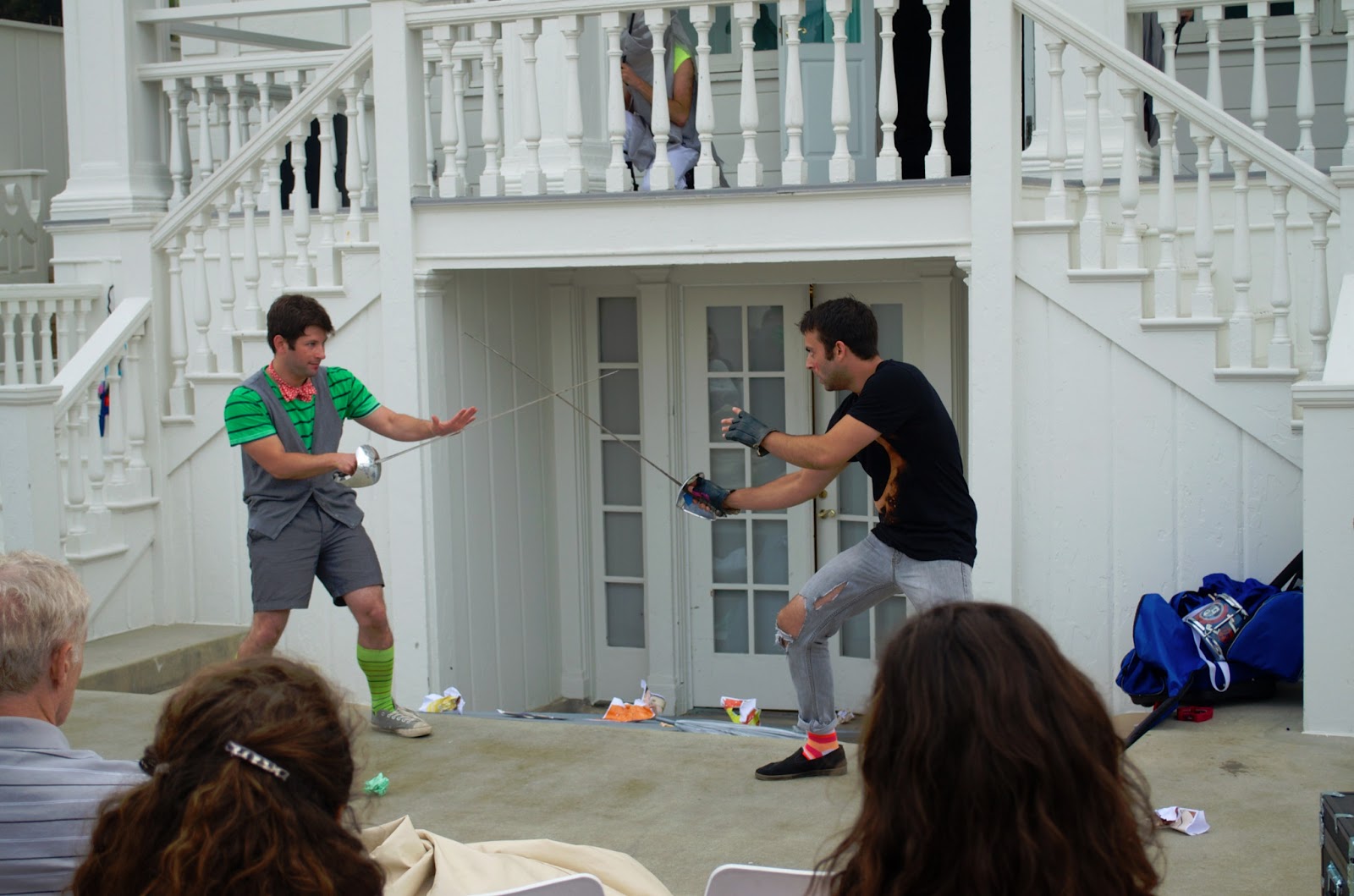 And then this giant storm came in and swept all our actors out to sea.  Somehow the audience wasn't affected.  There was a weatherman in the audience but he didn't have an explanation for it either: 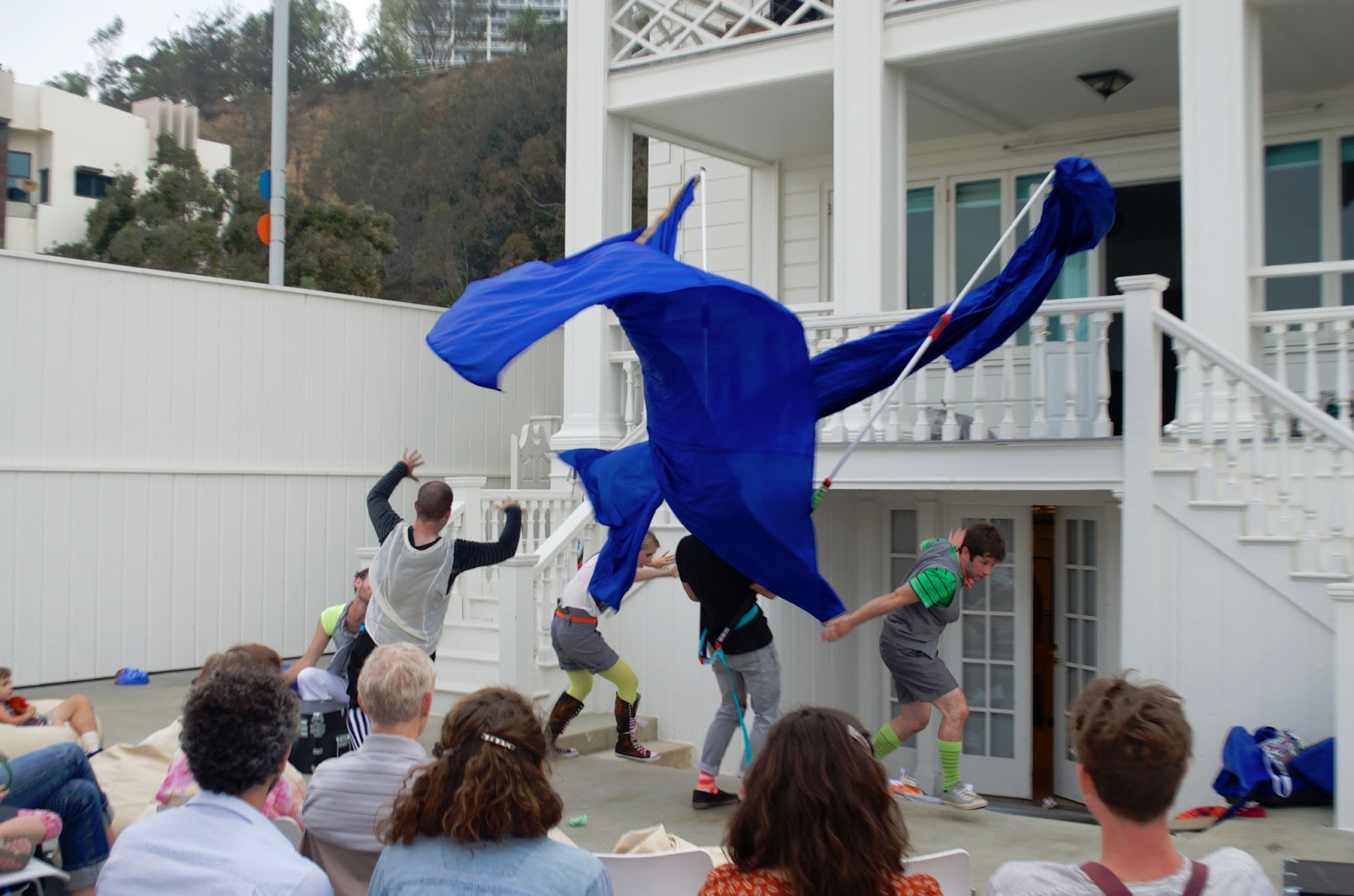 Wait a minute.  Maybe that was all part of the show.  Hmm.  I guess there's only one way to find out.