The site continues to evolve and change over the course of each day. Sometimes a lone structure sits fixed, looking out onto an expanse of sand, unmarked skies, and glints of rippling currents. Only familiar fixtures like trash cans, sporting nets and lifeguard towers root into the sand and contribute to an encompassing sense of stillness. Today the sand, absorbed with rain water from last night's storm, is tough and and to walk to shore feels like stepping on rubber.

Sometimes the site is covered with activity inside and out. People cool off at the pool, fountain, or fix themselves beneath an umbrella at the shoreline. Tour guides fondly and expertly impart history; an extensive Marion Davies Guest House archive living within in them. Groups gather for meetings, workshops, game playing, and writers with their notebooks and laptops stake out their ocean side veranda seats. Chairs and tables are carted between rooms and buildings, rearranged and expressing the future. We've seen the skies transform in minutes taking on a spectrum of colors, textures and shapes and our skin is getting to know the sun-warmed concrete and muggy September air.

We are visitors here and to make a work in response to this site is to engage with an enormous amount of information. The site is animated constantly even in its most quiet hour and we are perpetually in conversation with the elements, matter, and the public. On Monday's rehearsal I was laying on a concrete pathway between the pool and the courtyard. I could hear a child's voice behind me ask, 'Is she ok?' and then some conversation. When a father and his two sons passed me he asked if I was alright. I responded to say that I was, and that this was a rehearsal for a performance.

This moment highlights some of what it means to bring dance process to public space and what kind of effect a body on the floor has in a space that is not reserved for performance. The implications of a body, a person, horizontal on the ground in this case was different than a body in the same position inside of a gallery or theater space.

During this part of the work, Samantha and I are attempting to embed our bodies into a transitional pathway between the parking lot, Beach House, pool, and courtyard. We are connecting with some of Jane Bennett's writing in her book, Vibrant Matter - a political ecology of things:

"Perhaps the claim to a vitality intrinsic to matter itself becomes more plausible if one takes a long view of time. If one adopts the perspective of evolutionary rather than biographical time, for example, a mineral efficacy becomes visible. Here is De Landa's account of the mergence of our bones: 'Soft tissue (gels and aerosols, muscle, and nerve) reigned supreme until 5000 million years ago. At that point, some of the conglomerations of fleshy matter-energy that made up life underwent a sudden mineralization, and a new material for constructing living creatures emerged: bone. It is almost as if the mineral world that had served as a substratum for the emergence of biological creatures was reasserting itself.' Mineralization names the creative agency by which bone was produced, and bones then 'made new forms of movement control possible among animals, freeing them from many constraints and literally setting them into motion to conquer every available niche in the air, in water, and on land' In the long and slow time of evolution, then, mineral material appears as the mover and shaker, the active power, and the human beings, with their much-lauded capacity for self-directed action, appear as its product. " 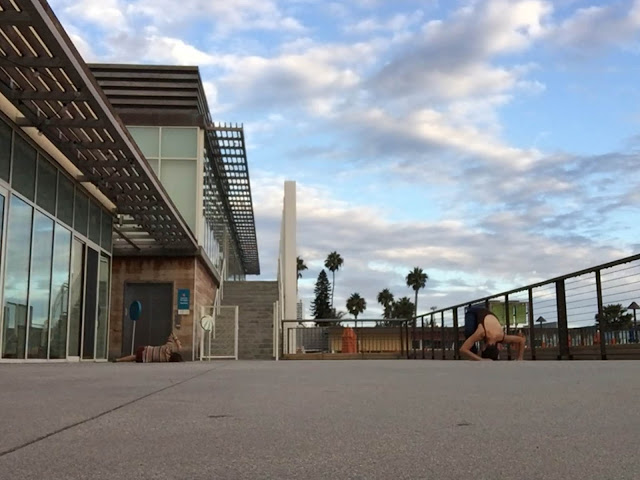