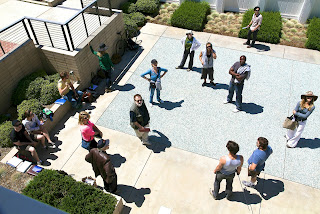 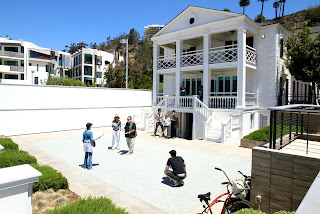 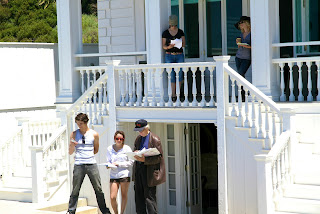 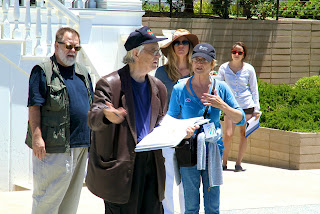 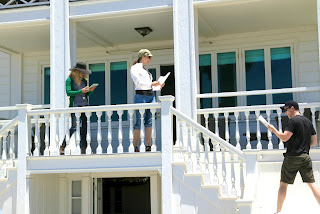 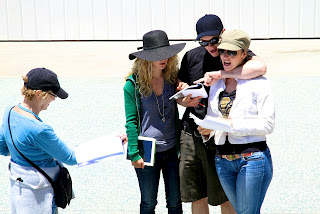 There are days that just honestly feel like you’re Dorothy waking up in the Emerald City.

Yesterday was one of those days.

All the actors arrived at the Annenberg Beach House at 10:30 am and we were officially installed as Artists-In-Residence for the summer. For a bunch of theatre rats like the Salty Shakespeare crew, it felt like we had shown up for the usual black box affair and instead found ourselves at Buckingham Palace.

At the Queen’s invitation.

We immediately began what we call a stumble-thru of the play. Because, understand, we’ve been rehearsing for 2 weeks in a freezing park in Santa Monica, blocking the play over the roots of trees, to the shouts of Little Leaguers working towards the All-Star game.

But lo and behold, we found that all our cold, hard work paid off. There we are in the gorgeous sunken garden of the Marion Davies House, with no less than seven possible entrances and exits------and they all worked!! We get to do the play as Salty Shakespeareans do it-----in and among the audience. And the acoustics are great! Because the courtyard is sunken, the sound is contained nicely.

So all of our playing across and in and through works like gangbusters.

Afterwards, we celebrated our Producer, Linda Wickens’ birthday with red velvet cake, and we all drifted to our cars, reluctantly leaving our newly acquired palatial digs. I smiled as I left, using my keys to lock our official office door, feeling like……ya know what?.......we deserve this!! We’re GOOD!!!
Posted by Annenberg Beach House Artist in Residence at 8:59 PM